Join us once a month for oyster season for raw oysters and live music.
Oysters pricing may vary based on market pricing.

This month Sister Ivy will be performing.

Sister Ivy is the voice of the vine that weaves in and out of roots and open air, mixes with the weeds, and climbs to lofty vistas on the limbs of grand trees. A quizzical poet with a voice brimming with turbulent emotion and heartfelt presence, she moves to join the juxtaposed, not only lyrically, but musically, with careful dissonance and timely resolve, blending the mundane with the magical, providing unexpected nourishment and plenty of food for thought.

Sister Ivy often plays as a trio, fusing Neo-soul, Jazz, R&B, and Rock elements to carry poetic musings to the listener’s ear on a groove-able sonic vehicle with influences spanning from Badu and Glasper to Radiohead and Pink Floyd. Solo sets have the tendency to delve into the surreal with ethereal loops and some spoken word. In either format, lyrical content spans a wide spectrum, emotional states ranging from sweet infatuation to righteous anger; content ranging from entomological curiosity to suspicions of an impending apocalypse. However, no matter how dim the story seems, there is always a glimmer of hope hidden…somewhere.

Listen at your own risk. Sister Ivy may attempt to challenge your core beliefs or (gasp) move your feet a littl 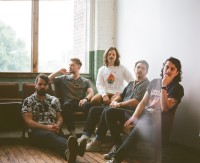