The Moon and You with Hannah Kaminer

Tickets are available for online purchase up until 8:00am the day of the show. If you would like tickets the day of show please visit us at 185 King Street anytime after 4:00pm.

At its core, The Moon and You is a charismatic husband-and-wife team. Melissa Hyman plays cello, Ryan Furstenberg plays guitar and banjo, and both sing in “voices that sound like they were made for one another” (Bill DeYoung, Connect Savannah). But whatever you might assume based on their gorgeous vocal blend and heartfelt lyrics, this ain’t your basic folk duo. With a rotating cast of talented friends to add unexpected instrumentation to their lineup, The Moon and You never plays the same show twice. This ever-evolving, expandable and collapsible model leaves the band constantly reinventing itself in ways both surprising and satisfying.

Currently calling Asheville, NC home, Furstenberg and Hyman mix up a fresh blend of influences from very different backgrounds. Melissa grew up in the NYC area studying classical cello. Her dad is a professional violinist and formal music instructor, her mom a fan of 60s folk who loves to host a good old fashioned sing-along. Ryan was born and raised among the Eastern NC tobacco fields, learning classic country and 70s rock on harmonica and then guitar. His rich country baritone and easy Southern style bring an undeniable Americana flavor to the table.

Together, the two form a sound that is warm and inviting, atmospheric and playful. Each is a well developed songwriter with a distinctive voice, and their songs range in style from classic to quirky. Lyrics-driven and intellectual with a keen ear for arrangement, they make music perfectly suited to a listening room or a pair of good headphones.

Live on stage they are 100% themselves: funny, charming and slightly odd; communing with their audiences, warts and all. Performances evoke joyful eruptions of laughter, occasional tears, and moments of breathless awe.

Having joined forces as a band in 2011 and as a married couple in 2015, The Moon & You continues to develop professionally, personally and musically. The eagerly anticipated Spring 2016 release A White Light That Sings is the band’s first full-length, fully produced album. Without turning their back on the folky sweetness that characterized 2013’s acoustic EP The Ocean’s Lonely Daughter, The Moon & You evolve into something new with A White Light That Sings. The album moves with aplomb from bluegrass swagger to soulful searching, country twang to jazzy sophistication.

Described by Alli Marshall of the Mountain Xpress as “a glimpse into stories, moods and wonderful alternate realities — all set to an evocative score,” and by The Daily Country as “intriguing, and often beguiling, record that you should definitely give a listen,” A White Light That Sings is just one of many exciting steps forward for The Moon & You in 2016. The band can also add to their resumé a second full-length album slated for a Spring 2017 release date (Endless Maria), and multiple successful European tours. At once excitingly inventive and cozily familiar, the Moon & You continues to craft a sound all their own. 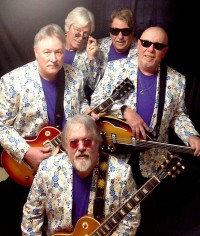 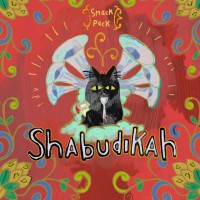 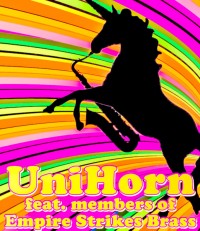