Songs From the Road Band with Anna Lynch

Humphrey is an IBMA award & Grammy recipient. He is a member of the NC Music Hall of Fame. Schimick has soared to the top of the progressive and jamgrass scene alongside legends Larry Keel, Vassar Clements, and Tony Rice. James Schlender, 2 time National Fiddle Champion has shared the stage with Chick Corea, Bobby McFerrin, and George Benson. Sam Wharton is an award winning guitar picker and singer who honed his chops in the bluegrass halls of Telluride, CO! The Road Band delivers a high energy show full of original material from their 4 studio albums, unmatched instrumental prowess, and creative covers!

Anna Lynch is a native Californian, born and raised in the small wine country town of
Sebastopol, California, and now residing in a small town on the outskirts of the Pacific
Northwest musical-rich community of Portland, Oregon. Her musical underpinnings were
formed by her parents in the California bay area folk scene and honed in the backcountry
of Alaska where she earned her first accolades as a band leader and songwriter. Lynch is
an in- demand vocalist, songwriter, and with her unique “right hand strum” on the guitar
is finding success across many genres and with fans of all musical tastes. One minute you
find yourself with tears in the corner of your eye and the next with a smile on your face. It’s
all delivered with a sincerity that is authentic and genuine.
Her self-titled debut album, released in 2013 to critical acclaim, was heralded as “one of my
favorite albums”, “something real that you can endlessly fall into love with”, “a compelling
honesty to the writing and a clear truth to the delivery of every single line”, “a true
recording artist”, and Country Music Television (CMT Edge) profiled her song Railroad Man
from the release (available for preview on her website).
On the heels of that album she released The Wandering Kind, a 6 song EP, that featured
some of her more personal and intimate lyrics to date. The songwriting reached deep in to
life-experiences and speaks to relationships gone wrong, how things change in your
hometown with the passage of time, struggling with the personal growth that comes with
moving from home at a young age, and learning how to fall in love in an era where many
would say romance is dead. These songs speak to all-audiences because everyone can
relate to the stories and the way they are told. Anna has lived a lot in her time and her
songs tell of that life. It’s relatable, honest, and above all else it’s real and her fans know it.
When she sings, you believe what she has to say. Why? Because every letter of every word
of every line has been lived by her inch to feet and yard to mile. 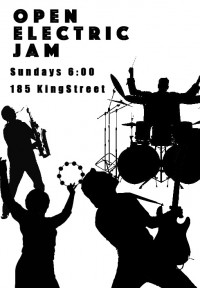 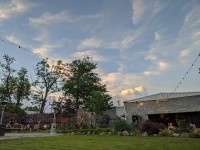 Songs From the Road Band

Acoustic Jam in the Garden